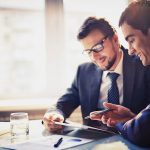 The inaugural Football Study Tour to England, UK, will take place from 26-31 October 2020 with delegates from around the world taking part and engage with the UK’s premier football industry personalities.

The purpose and objective of the Study Tour, is to create an international and leading knowledge-platform to promote best practice in modern-day club football business management.

The Study Tour will primarily focus on such a knowledge exchange, focusing on how premier league clubs manage their commercial sponsorship deals, club marketing strategies and match-day operations.

The Study Tour will kick off on Monday 26 October 2020 in Manchester, with delegates engaging in roundtable discussions on the strategic club football-business strategies of Manchester City FC, Manchester United, Liverpool FC and Everton FC respectively.

The day will be concluded with the Football Business Masterclass, followed by a networking dinner, which will also feature the handing over of awards in the World Premier Football Awards, to foreign premier league players, based in the North-West of the country.

On Tuesday 27 October 2020, delegates will have a choice of visiting their preferred stadiums in both Manchester and Liverpool as well as the National Football Museum in Manchester, where after they will travel to London for the second part of the Study Tour.

On Wednesday 28 October 2029, delegates will once again participate in roundtable discussions focusing on the successes of all of London’s premier league clubs, i.e. Tottenham Hotspur FC, Chelsea FC, West Ham United FC and Arsenal FC respectively, of which the programme will also finish off with a Football Business Masterclass and the handing over of Awards to the foreign-premier league players based in the city.

On Thursday 29 October 2020, delegates will get a high level insight on the workings of the English Premier League and why it’s rated as the most popular of its kind in the world and how it manages its relationship with its member clubs.

After the morning session, delegates will conduct a stadium tour of their choice and explore other attractions in the greater London metropolitan.

The two-day Football Management Masterclass will commence on Friday 30 October 2020 and its content will focus on Sport Leadership, Marketing and Sponsorship, with an in-depth focus on how premier league clubs manage the relationship with hundreds of local and foreign-based sponsors.

According to organiser, Gerrit Davids, MD of Gerom Media S&E, “The Study Tour will have an extended activation, since the idea is for delegates to continue their engagement through a year-long programme within their own regions by attending the localised study programmes and masterclasses.”

NB* Programme and Itinerary are subject to change.

A full programme will be released soon and be published on: www.sportsbusiness.co.za