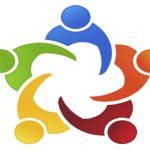 Conference to debate the future of SA’s sport

The inaugural Sports Partnership Conference will take place in Johannesburg on 1-2 March 2018 with its theme focusing on how to “make South Africa a winning sporting-nation again.”

The conference will feature highly interactive panel discussions with government, sports associations and federations, sponsors, the sports business sector as well as sport stars past and present, who will attend the event.

The first session of the Conference will see a debate on how local, provincial and national government could further consolidate their support and interventions to make the country “a winning nation again” under the prescripts of the National Sport and Recreation Plan (NSRP), which was adopted in 2012 by all sports stakeholders.

It will be followed by a panel discussion featuring sports administrators to unpack their role as “responsible partners” under the ‘Strategic Objectives’ of the NSRP and to assess as to what has been achieved to date, as well as their own role in making SA a “winning sporting-nation again.”

The sports industry’s role players and sponsors will each have their slots on the agenda to also debate their roles under the broader objectives of the NSRP.

Also to find ways to create a sustainable future for a “winning nation” and how they could further cement their contribution on and of the field of play, especially with the focus on grassroots development.

The highlight of the Conference will be a panel discussion featuring past and present sport stars debating their own potential contribution under a unified framework to foster greater levels of achievement for sports teams and individuals representing the country on the international stage.

The first day’s programme will end off the with launch of the South African Sports Industry Alliance (SASIA), which will represent industry organisations to create an umbrella body through, which their support could be channelled, to achieve the mission of “making South Africa a winning sporting-nation again.”

SASIA will aim to create a unified vehicle for all those stakeholders who are operating directly or indirectly in the sports arena, but whom are outside of organised structures, since most of the existing one’s are primarily sport codes and not industry bodies.

The conference will conclude with a Sponsorship Forum on 2 March 2018 to debate the current state of affairs in the sports marketing arena as well as how rights holders and sponsors could contribute to each other’s “Return On Objectives” (ROOs) as well as in the process, build a “winning sporting-nation”.